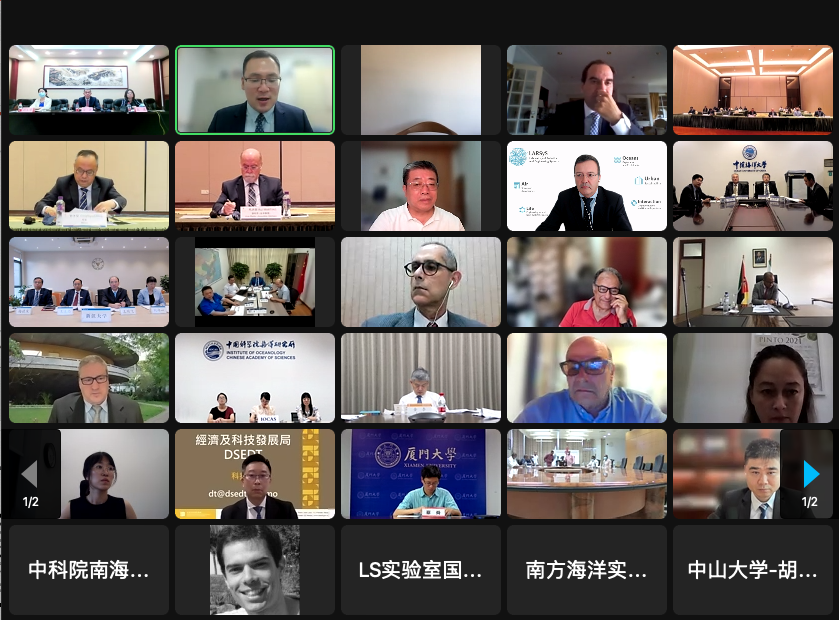 LARSyS has become part of the governing board of a unique Alliance between China and Portuguese Speaking Countries.

The Alliance aims to promote research exchange and cooperation in the field of Marine Sciences. According to the governing board in the ceremony that took place on 9 September 2022, this Alliance will devote itself to

bringing together the research capacity and resource advantages of higher education institutions and elite entities, in China and Portuguese Speaking Countries, in the field of Marine Sciences and to promoting in-depth cooperation in joint resource sharing and development, qualified staff training, scientific research, collaborative innovation and social services.

The initiative came from the University of Macau, which will have the chairmanship of the governing board and LARSyS/IST will do the vice chairmanship.